It is better to be high-spirited even though one makes more mistakes, than to be narrow-minded and all too prudent.

He painted over 700 paintings in his final 10 years of life.
His greatest work was done in the last 3 years of his life.

But life was always a struggle for Vincent van Gogh.

Following his final stay at the “Asylum for the Insane”,
one of many in which he spent long, lonely months,
he was happily released into the care of his doctor for, what would become, the last few years of his life.

Often in the garden, Vincent painted the flowers we now see in his work.

Only one of his paintings sold during his lifetime despite the desperate attempts of his brother Theo and Theo’s wife, two of a few who stayed loyal to him throughout his life.
They were both his dearest friends and the family to which he retreated.
They kept him safe when the terrors of his illness became unbearable.

Vincent, when feeling stable (and perhaps manic), was undeterred by lack of monetary gain or notoriety. He kept painting.

During this time he moved often but always returned to Arles, a lovely little town in southern France.
The light, the color, a world he wished to become a part of.
It was never to be.

One summer morning in July, 1890, amidst the wheat fields of southern France he so often painted, Vincent van Gogh ended his tumultuous life with a bullet to the heart.

Oddly it was not the bullet that killed him.
It passed through, missing his heart and lodged against his spine.
Sadly infection followed; He died 29 hours later.

It is thought that it was soon after painting “Daubigny Garden”, seen below.
Experts believe this painting shows signs of not yet being finished…
We will never know.

To look at the gorgeous hues in his painting, the movement of the wind in trees, that gorgeous pink in the large building, and of course the lavenders in the foreground; one wonders the torments that lie beneath. What might have been had he continued to paint this painting…

I look at his work and see things that speak of a gentle wisdom far beyond those years, a perspective on humanity that can only come from deep human suffering.

Below in his painting,  “At Eternity’s Gate”, I imagine Vincent as the old man in the empty room and a small warming fire, holding his head, weeping, dejected, ill. Vincent was, in life, very human.
Perhaps a self portrait…
He painted many.

I am awed by van Gogh’s work, especially his bold use of color and line, his passionate vision, certainly his determined will to keep painting, how he almost never gave up.

I will always weep when pondering the tremendous mental and emotional anguish that brought about the end of his life despite his intense desire to live.
And paint.

I am convinced that still, there is a place somewhere in the vast unknown, he continues painting in peace.

He suffered from long periods of severe mental illness, of mania, depression and psychosis, that often resulted in long periods of hospitalizations. He lived during a time when there was little (or no) treatment available.

Perhaps with modern medicine, he would not have left this world so soon.
However even today many with mental illness cannot overcome the suffering, choosing suicide.

His last words as he lay dying were,

The sadness shall last forever…

That he might have found a gentler way to be the giant artist that he was.

If you hear a voice within you say

then by all means paint,
and that voice will be silenced.

Today it is van Gogh and Picasso that hold the record for the highest price paid for a work of art. Vincent van Gogh’s last painting sold in the 1990’s for nearly $100 million. 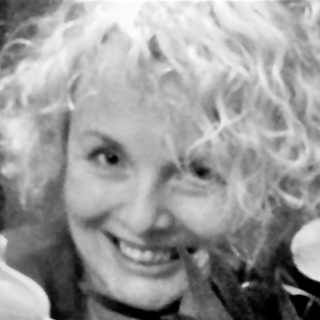 Cyan birds sing + ruby hummingbirds flash amongst lemon trees. Shy creatures peer behind purple shadows. Nature is a glorious tapestry. I paint from within my heart.